After many years of travel and adventures in the antiques business, Whim Co-Founder, Whit Hanks, is no stranger to a good find and a good story. In this series, “Walking with Whit”, we aim to share the anecdotes that have brought Whim and Camp Lucy to life. Kim and Whit love to travel to places they have never been, often gathering inspiration and goods to enhance the company’s offerings. We are always eager to see what ideas, surprises, and stories will come back with them. It only takes a short time with Whit to understand his passion for unique finds and history, which have now both been integrated into our company in many ways. His tales of the roads that have lead him to success and all around the world are captivating. With that being said, we will leave the story telling to the expert. Take it away, Whit!

It turns out it’s hard for entrepreneurs to separate their personal lives from their business lives. In fact, we don’t really try to do so. Why work some of the time, when you can play all the time at work, right?

So, when we planned our trip for late January to Hanoi, Vietnam, we had a sneaky suspicion that it might turn into a little bit of business on the side. Certainly, there was no reason to make a business trip out of it, because we had the best reason ever to make it personal—my son, Roger, his wife, Erica, and our new (first!) grandbaby live in Hanoi so a family trip was very much on the schedule and the rewards were reaped as promised. Not only did Roger and Erica show us their exciting life in Vietnam, but we also traveled with them and grandbaby Vance to see a remote region of the country, northwest of Hanoi, called SAPA. Few Americans venture off the beaten path this far—in fact, we never met an American during our trip, Some adventuresome Europeans do make the trek now that a highway has been built to connect Hanoi to this remote region of the country that is similar to an Asian version of Peru. The scenery is amazing, as is the food. The locals dress in colorful clothing similar to Incas. 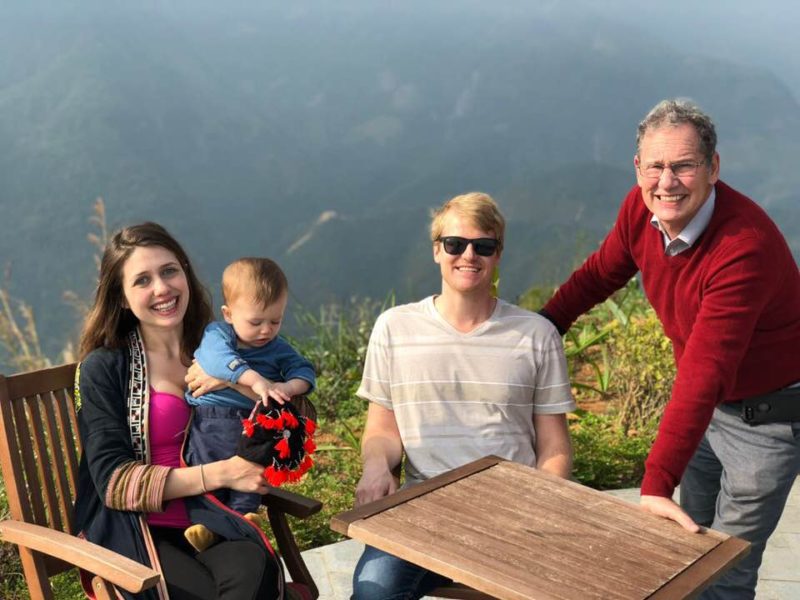 The day after we arrived in Vietnam and before we fully recovered from jetlag, we decided to go on a trip to a village south of Hanoi about 100 kilometers near Binh Dinh. That’s a region of Vietnam where many Catholics converted from Buddhism during the French Colonial era. In fact every small village has a soaring Catholic Church in it that looks just like ones in French, Spain or many countries in South America.

It turns out that these churches were built much as a Chinese-inspired Buddhist temple on the interior—with turned granite plinths, solid ironwood timbers, and fired clay tile roofs. What I didn’t know until recently is that most villages in the 19th century also had a town hall built in much the same style but a little grander and designed to accommodate the entire village. 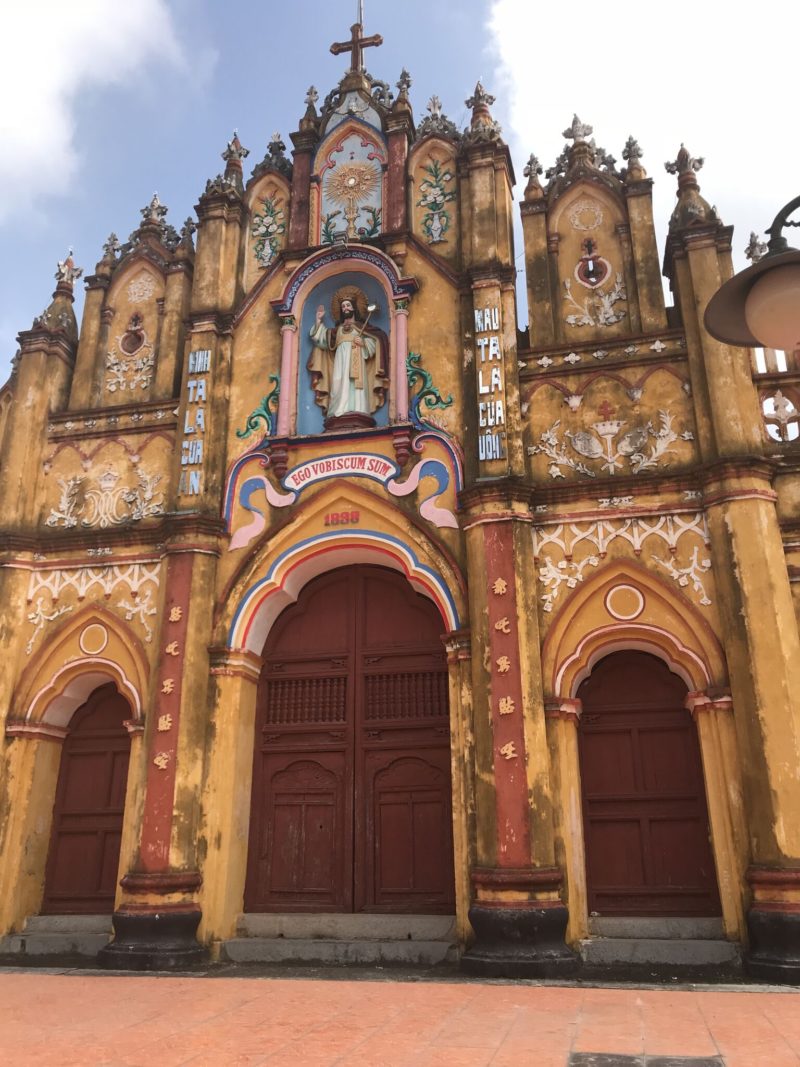 We have made quite a few trips to Vietnam over the years, and we were very fortunate to find a loyal, honest, hardworking agent there on the very first trip. So, after these many years, we located our agent, Hung, who is now married and has a daughter, for our trip South. We had purchased a town hall in Vietnam several years ago that we are currently incorporating into a fancy pool/cabana/restaurant facility at Camp Lucy in Dripping Springs. And as they say in real estate, you are only as good as your next deal, so we were in search of our next Holy Grail discovery on this day trip. 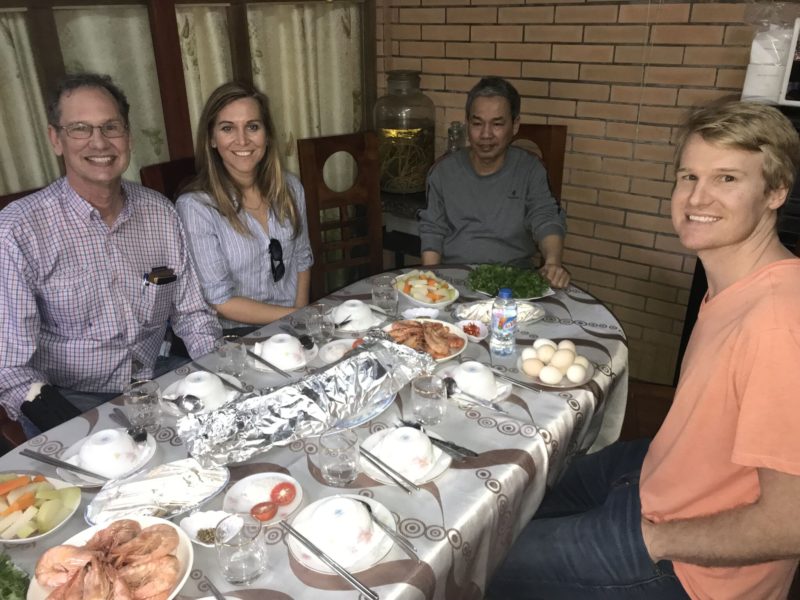 Mr. Kiem is the real entrepreneur in this story. He is a Catholic Vietnamese who serves as an agent for selling buildings that need to come down for one reason or another and are looking for a foreign buyer. He mobilizes the local townspeople to meticulously label the structure, tear it down, and then transport it to his holding area. They then carefully reassemble it, repairing everything that has fallen into disrepair during the past hundred or so years. This process can take as long as a year, he told us. Then he waits. And waits. Finally, the foreign buyer appears, as we did, and a deal is struck. 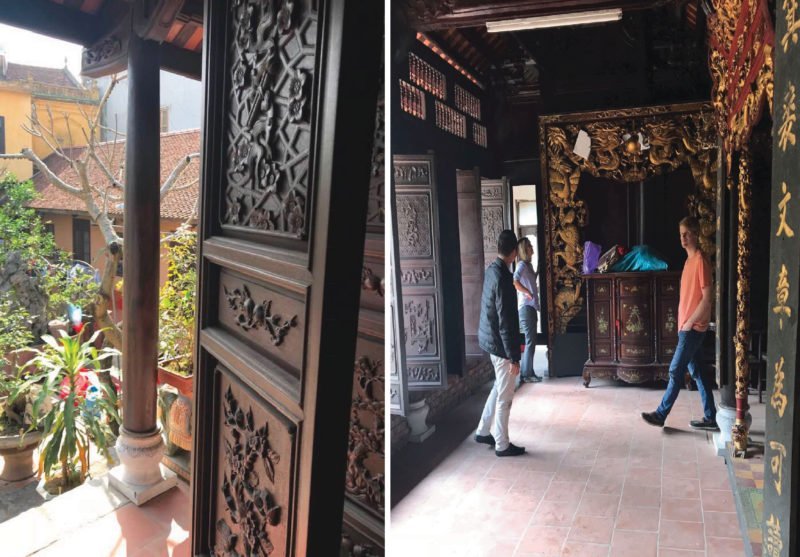 Now we are brainstorming what the best use for this structure and several other smaller ones will be. The current deal we are considering is this town hall and four small houses from the same era. We are thinking a spa (we know nothing about how to run a spa, but someone does, we are sure!). The Asian design of this structure, covered on folk art carvings, is bewitching. Let’s see what comes next. 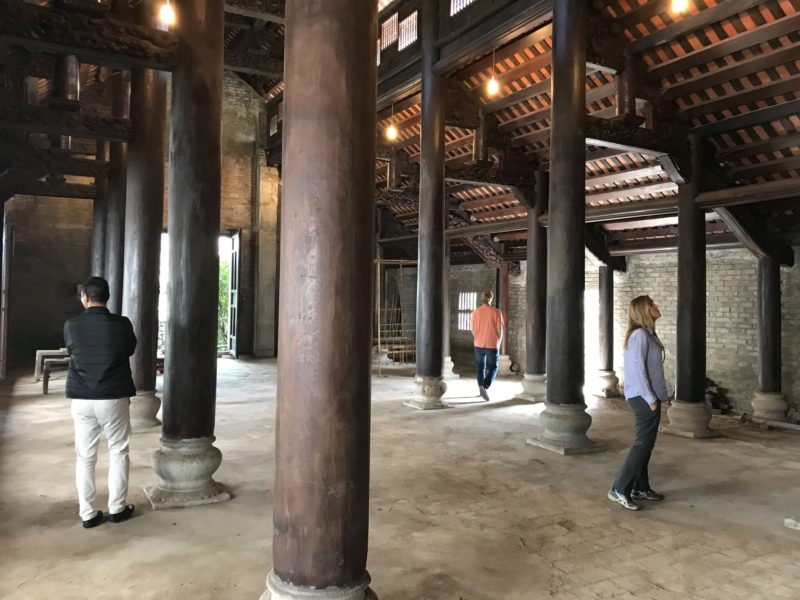