When I first began going to Vietnam about ten years ago, Sapa was over the mountain. The only way to reach it was by overnight train from Hanoi, and it was described in the same way I had heard about Machu Pichu, Peru described—an exotic destination with indigenous people wearing brightly colored clothes and breathtaking scenery. 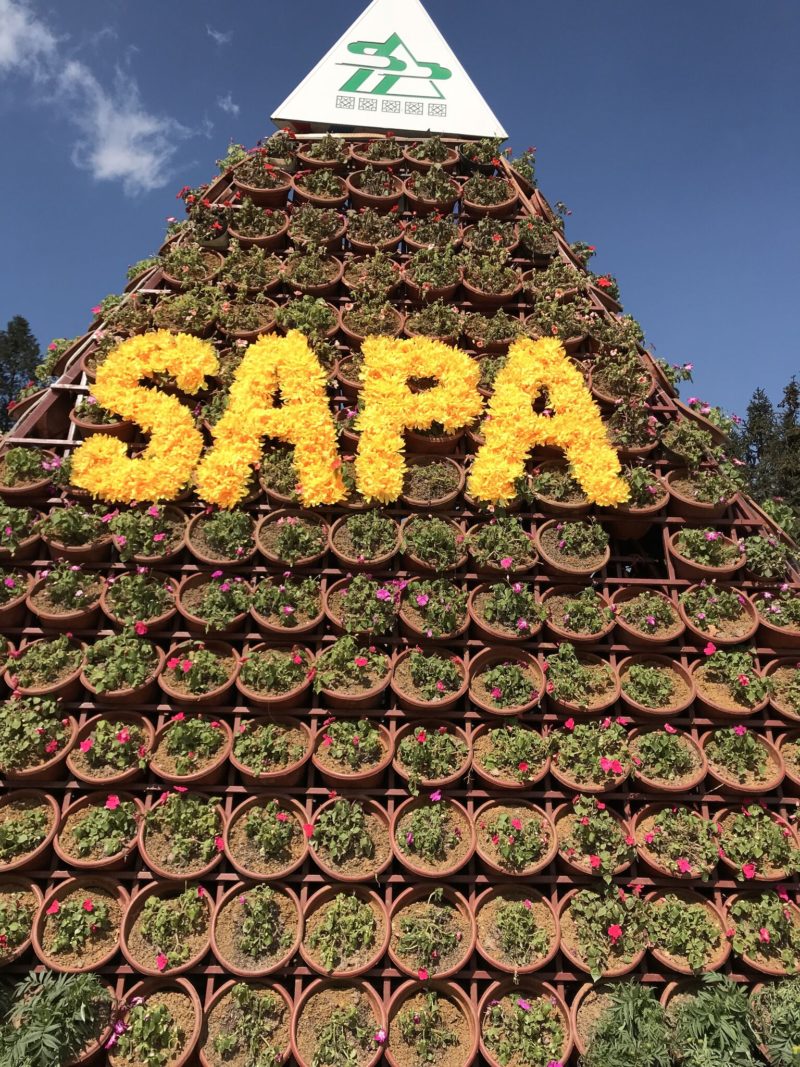 In the intervening years, Vietnam has modernized in many ways. Now there are roads going to most regions of the country, including Sapa, which is northwest of Hanoi about 5 hours by car. It’s still not considered safe to drive yourself in Vietnam, but our agent, Hung, arranged a car and driver to take our family on this very tame adventure. I spent most of the trip shooting photos out the window of all the things that can be carried on a motorbike. It happened that we were traveling just before the Tet holiday, and everyone was on the road carrying everything from fruit trees to pigs on their motorbikes, so I got a lot of photos. I hadn’t seen someone herding water buffalo from his motorbike before, like a Peruvian vaquero, so that was a first for me.

We didn’t go directly to Sapa. We are researching exotic places in the world (a pleasant duty), and my son Roger had found a remote hotel in the mountains near Sapa built by a local businessman. It was called Topas Ecolodge. I was most impressed with the 4,000 lb. green marble tub and the way the cottages were similar to the ones we already have at Camp Lucy. It will be easy to add others that mimic the Ecolodge style and create a communal “fire pit” between each pair so that family groups can better enjoy their Camp Lucy Experience together. 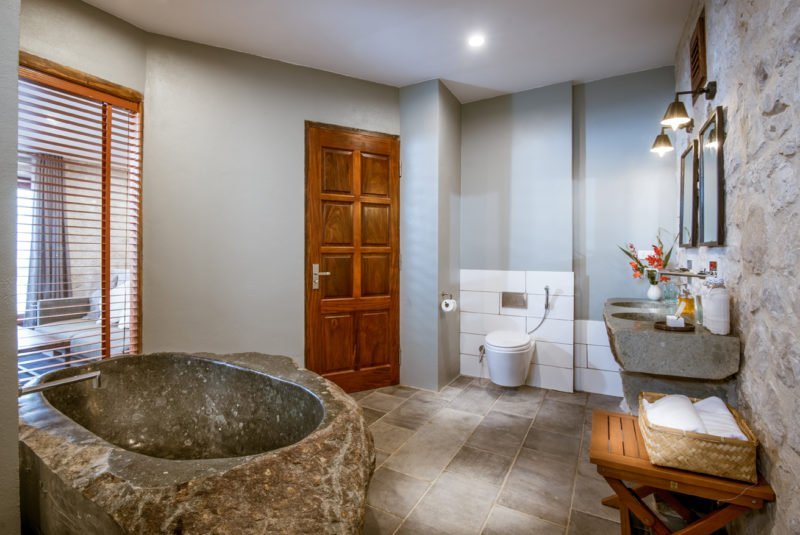 The only actual “adventure” we had on this leg of the trip was following a sign that said “Buffalo Trail”. It was not a misleading sign; it really was a water buffalo trail. It had just rained the day before, so we slipped from one muddle hole to another for about a mile. We finally were rescued by a group of street vendors dressed in native costumes. Kim gave her Ecuadorian alpaca sweater to one of them, hoping to thoroughly confuse them by introducing similar weaving traditions to people living on the other side of the world. 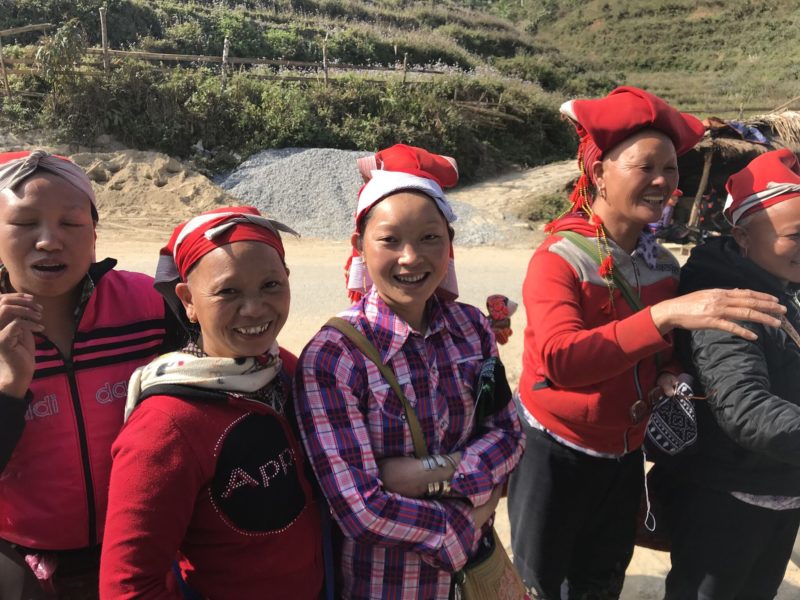 On the next day, we traveled with our driver, who was staying with us for the whole trip, to the town of Sapa about an hour away. It reminded us of Hot Springs, Arkansas of all places. There are loads of nice hotels, a lake, and steam baths. Most importantly, someone has developed a Disneyland-esque cable ride to the highest point in Vietnam near the town of Sapa. The fact that it was freezing cold and windy in the mountains in January meant that the crowds were kept in check, and we had a great time. Somehow, using typical Vietnamese ingenuity, the contractor had been able to not only build the sky ride—which rivaled those in major American ski resorts—but they had built a gigantic temple with a 50 foot bronze Buddha on the top of the mountain. 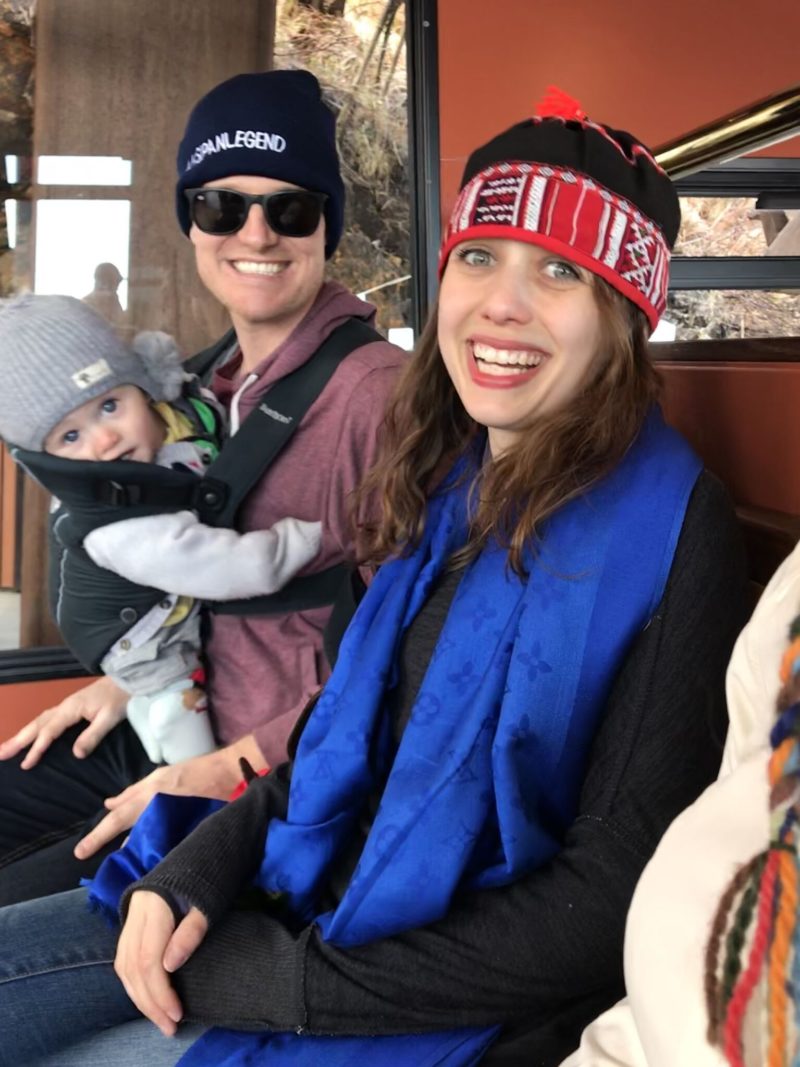 Did I mention that my son and daughter were taking Vance, their 9-month-old, on all of these adventures? He’s definitely going to have the travel bug when he grows up as a result of this early indoctrination. I can speak with authority on this subject, having been subjected to a lot of travel as a young child myself and repeated the family tradition with my own children. I strongly recommend this parenting tradition!