In the hospitality industry, we feel like we all have become a family of sorts. Even as our industry grows, it feels like everyone is connected in some shape or form. But when it comes to Whit and this fun travel adventure, the term “small world” is taken to the next level. On a recent trip to England, Whit discovered some more fun stories about his lineage, one of which led to the discovery that his ancestors were actually neighbors with George Washington’s ancestors. Talk about a small (and interesting) world.

For quite a while I was an antiques dealer in Austin. That career started about 1981 and lasted for about 20 years. I still indulge my antique buying instincts (the fun part of being an antiques dealer) at the local monthly auction. In my heyday, I would make about three trips a year to Europe to search for architectural antiques. During the most hectic period, I would spend two days in England, two days in Belgium and three days in France on each trip, shipping home three containers—one from each country.

During one of those trips, I attended an architectural antiques auction in Lea, County Wiltshire, England. That’s a small town near Malmesbury which is pretty close to Bath in the southwest region—very scenic and historic. At this particular auction, the bidding was done by name, and when I was the high bidder on an item, the auctioneer called out—“sold to Mr. Hanks”. Shortly afterward, another bidder came over to me to confirm my name and told me his last name was “Hanks”, too. He went on to say that many folks in his village were named Hanks, and many came from his village of Garsdon which was nearby. I guess the famous Tom Hanks’ ancestors came from that same village a few generations ago.

I felt a little differently walking around Malmesbury after that, imagining that my ancestors had walked the same cobblestoned streets a few hundred years ago. When I got home, I researched that story a little a learned that Benjamin Hanks was born in Malmesbury in 1666 and later emigrated to Mansfield, Connecticut. Various ancestors started the first silk mill in America, the first bronze cannon and the first bronze bell factory. Another was a famous clock maker—in fact, a clock of his is in the Diplomatic State Rooms in Washington, DC, which are used for entertaining foreign dignitaries. 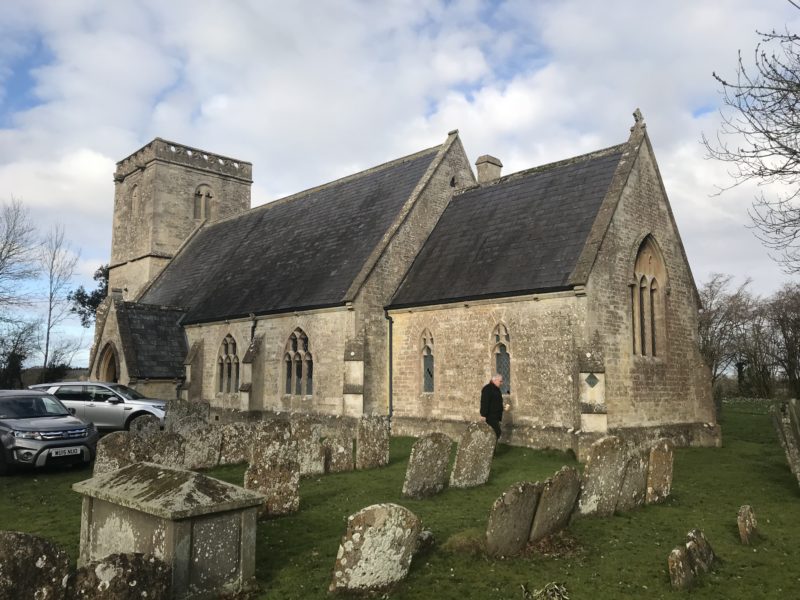 Anyway, on a recent trip back to England, I thought it would be fun to revisit the small village church in Garsdon where all the Hanks were supposed to have come. Kim and I happened to arrive at Heathrow on a Sunday morning flight, and by chance we discovered we could attend the Sunday church service that morning. After getting lost a little we managed to walk in the door to the church just at 9:30 when the service began. We were noticed, because I think there were only 12 others in attendance. 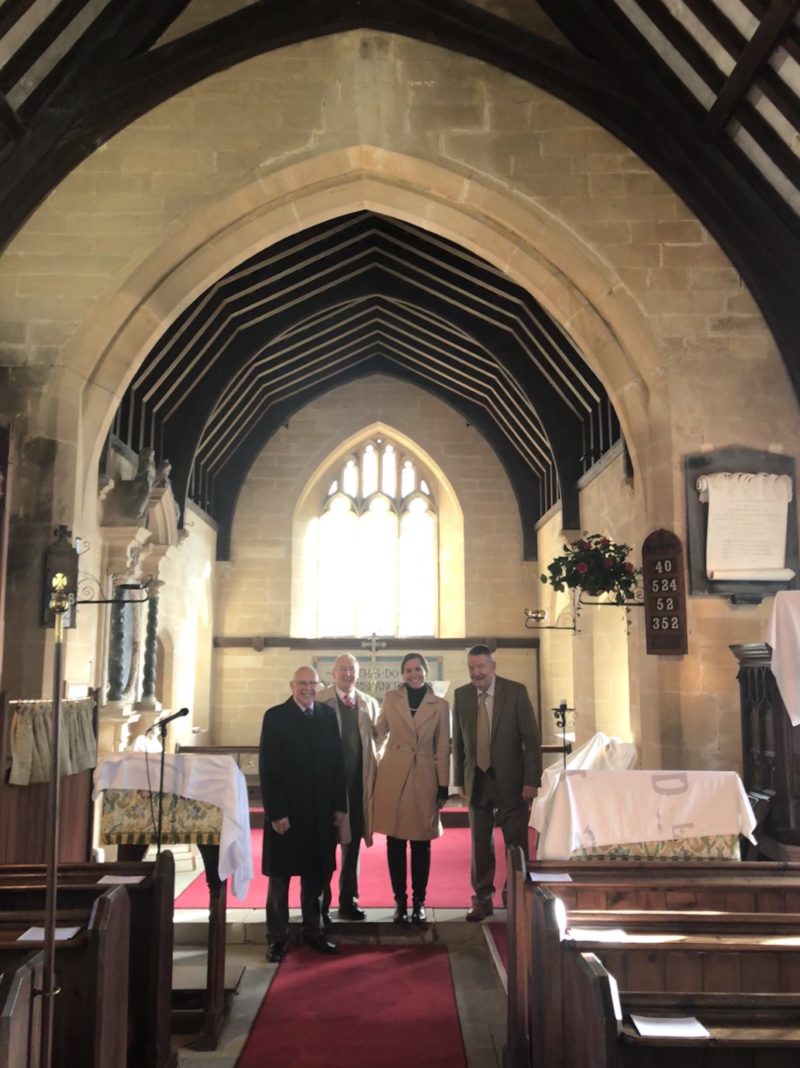 After the service, we were warmly greeted by the congregation who were a bit curious about us. They wondered if we Americans were visiting because of George Washington. We ask why? They told us that George Washington’s grandfather was also from the village—in fact you could see his house nearby from the church grounds. Not only that but old Mr. Washington was actually buried under the church floor, and there is a plaque dedicated to his memory on the wall—he was apparently famous in his own lifetime, well before his grandson turned out to be kind of a big deal in the United States.

We struck up a friendship with some of the congregation and now receive their monthly newsletter. In fact, we plan to visit again in July. It turns out that the church was originally constructed in the 1200’s and then added onto over the centuries. They are finally getting around to installing indoor plumbing this summer, which is triggering an expansion into the graveyard nearby. We plan to check on progress during our visit this summer and will let you know what we find.